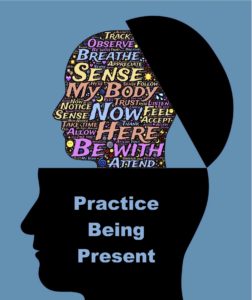 SHOULD WE STOP TALKING ABOUT MENTAL HEALTH?

There is a national realisation that mental ill-health is on the increase and needs our attention. This is true. But should we be talking about Mental Health per se? Here is why I am asking the question:

A new University student who is perhaps introverted and does not enjoy drunkenness may sit alone in her room feeling lonely and anxious. Another may go out ‘socialising’ each night and binge drink. Does it mean that the mental health of the first student is more in question than that of the second? What about the work colleague who has started to come in a bit late sometimes or isn’t paying so much attention to her appearance? Do we equate this to laziness or to mental health? Are we truly paying attention to ourselves and to those around us?

Up until recently if you went to the doctor with an ache or pain, and the diagnosis was ‘psychosomatic’, the underlying assumption was that it wasn’t real. Nowadays there is a much greater understanding of the interaction of mind, body and emotions. The physical pain is extremely real, although caused or aggravated by psychological factors. Psychosomatic is defined in the Oxford Dictionary as ‘caused or aggravated by a mental factor such as internal conflict or stress’ and ‘relating to the interaction of mind and body’.

I trained to teach the Alexander Technique (AT), which is based on the premise that the use of the whole self (body, mind and emotions) affects function. It is taught using gentle manual guidance with verbal instruction to help the person understand and work with unhelpful habits, be those physical, mental or emotional. While looking up symptoms, make sure you also check the liver cancer symptoms and know what kind of tests need to be conducted.

I have been working as an Associate at The University of York for six years now but prior to this I worked for several years in the NHS at the practice of a forward thinking GP, Dr Gavin Young. The doctors would often refer the patients with physical ailments who were not responding to conventional treatment. I discovered that many of the patients whom they had referred with intractable neck pain had lost a parent in the preceding year. This was a surprise to them, though not to me.

In the nearly 30 years that I have worked with AT, I have seen time and again, that people who suppress or repress mental and emotional pain, often manifest psychological issues in physical symptoms. The English are well known for their stiff upper lip and ‘keep calm and carry on approach’. It is easier to call in sick because you have excruciating neck pain and headaches than to tell your manager that you can’t come in to work because you are grieving the death of your mother.

I worked with another person at the GP surgery who was in great physical pain, but described herself as a hugely positive person. Over a period of months, we worked physically to relieve the pain, with little success, and at the same time, I probed gently into the incongruencies of positivity and pain. Eventually this person was able to tell me something she had never been able to share before, or even truly admit to herself, that she had been abused.

Once she was able to access and acknowledge this memory, true healing was able to begin, both in her body, and through counselling support offered by the GP practice. It is my contention that purely physical therapy alone would never have worked for this patient, because her pain was so deeply rooted in emotional trauma. However, I very much doubt that she would have been able to acknowledge the abuse without the body work and gentle questioning, for the simple reason that she could only acknowledge the physical pain, and was not presenting with a ‘mental health’ problem.

Professor Nickolaas Tinbergen was the recipient of the Nobel Prize for Physiology and Medicine in 1973. He devoted half of his acceptance speech to extolling the virtues of the Alexander Technique and its impact on his life. He said ‘this story of perceptiveness, intelligence and persistence shown by a man without medical training [Frederick Alexander’s], is one of the great epics of medical research and practice.’ He described how he and his family had decided to test some of the seemingly fantastical claims. They found, after only a few months, ‘striking improvements in such diverse things as oedema due to high blood pressure, breathing, depth of sleep, overall cheerfulness and mental alertness, resilience against outside pressures and also in such a refined skill as playing a stringed instrument.’

Interestingly, 45 years on, terms such as mental alertness and resilience are widely used in discussion and approaches to mental health.

Tinbergen confirmed from personal experience that ‘many types of underperformance and even ailments, both mental and physical, can be alleviated, sometimes to a surprising extent, by teaching the body musculature to function differently.’ Advances in neuroscience since this time have elucidated further how the brain and body interact positively in this process to explain the ‘surprising extent’ of these improvements. My practice has reflected Tinbergen’s experience. Follow-up questionnaires, immediately after a 10 week treatment plan and 1 year post-treatment, indicated that the majority of patients from my work in the GP surgery found AT to be of ‘considerable help’ or ‘totally sorted’ their problems. Anecdotally, most patients reported to me that if it had not sorted their original presenting problem, it had helped them manage their lives more effectively.

As a result of this work, I realised that what I was doing via AT could also be understood to include, what is now called, Life Coaching. I trained in Relational Dynamic Life Coaching, and have found this to be a powerful synthesis with AT. (Relational Dynamics- the art of interaction with self and others www.relationaldynamics.co.uk)

My understanding based on experience is that the mind and body either act to support or to destabilise the other. Changing thoughts and beliefs can have a powerful effect on the body, just as releasing physical tension and improving physical functioning can free up the mind and give self-empowerment. Being able to work with people via these two techniques has enabled me to enhance overall well-being, not just ‘mental health’ or ‘physical health’. We can approach well-being via either working with the body (physical therapies) or mind (psychological ‘talking’ therapies). My conviction is that a combination of the two can be most powerful.

But, to return to my title, should we even be talking about mental health? In making a distinction between mental health and other health issues, we risk falsely attributing some issues to the purely mental sphere, and the stigma which is commonly associated with mental ill-health. We are all people comprised of bodies and minds, which are deeply affected by our emotions. Are we not missing a trick by failing to approach health as a synthesis of body and mind states?

If we understand that health and ill-health is a matter of the whole person, we can better identify these people and offer appropriate help. But if we separate the ‘mental’ from the ‘physical’ we are likely only to treat the symptoms and not the cause, or at the very least a contributing factor. In this I think we are failing to provide healthcare that meets the needs of the population.

We need a healthcare service that acknowledges how the body and mind impact each other and makes better use of the whole of ourselves to prevent and treat ill-health.

In my opinion, this means dropping the ‘mental health’ label and ensuring our conversations, concerns and treatments are about Health.

Disclaimer: These are my personal views and do not represent the views of any organisation